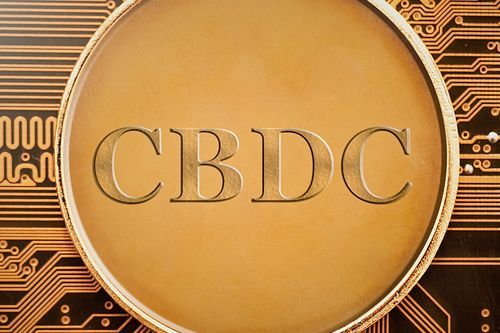 The New York Innovation Center (NYIC) is housed inside the New York Fed. It is the technology arm of the Federal Reserve. Its website says, “The New York Innovation Center (NYIC) bridges the worlds of finance, technology, and innovation. Through technical research, experimentation, and prototyping, our team generates insights into high-value central bank-related opportunities, enabling stakeholders and the central bank community to enhance the functioning of the global financial system.” The NYIC works closely with the Federal Reserve system, the Bank of International Settlements (BIS) Innovation Hub, academia, and private industry to innovate “central bank execution capabilities.”

What Will be Tested?

The RLN test will experiment with a ledger (accounting) infrastructure for a theoretical financial market infrastructure (FMI). The FMI will provide a multi-asset, always-on, programmable infrastructure containing digital representations of central banks, commercial banks, and regulated

The simulation will build a prototype for a distributed ledger-based network and test the feasibility of payments between financial institutions using tokenized regulated liabilities (CBDC) on the RLN. All data will be simulated data in a test environment. The test will examine technology, organization, and settlement application. The test is looking for information on three ideas.

1.  Assess the feasibility of distributed ledger technology to enable the base use case;

2.  Illuminate technical and functional design considerations for the concept;

3.  Gain insight into the value of other potential use cases.

What the Test is Not

The test is not testing a CBDC or making a policy decision. It is a preliminary test to learn what needs to happen to test a CBDC and set a CBDC policy. The Fed has a disclaimer on the webpage. The disclaimer reads, “This project is not intended to advance any specific policy outcome, nor is it intended to signal that the Federal Reserve will make any imminent decisions about the appropriateness of issuing a retail or wholesale CBDC, nor how one would necessarily be designed.”

What Does it Mean?

The Federal Reserve, like most central banks, has been exploring a CBDC for years. Many nations are farther along than the U.S. About a month ago, China finished the most extensive cross-border CBDC test. There is a much more important test of the FedNow CBDC payment processor scheduled for around the May 2023 timeframe. The current test looks like it is an integral part of the infrastructure needed for the May test but just one component of many to be tested in May. Many similar tests will likely happen between now and then. The Fed is very non-committal in its comments about the release of a CBDC. However, actions speak louder than words. The Fed has spent countless hours and dollars designing, testing, and engineering how a digital Dollar would look. It is naïve to think the Fed is spending vast resources to satisfy curiosity. Like it or not, the most reasonable thing to think is that the Fed will release a CBDC within the next year or so.

The world is changing quickly, and so are the politics surrounding the economy. A CBDC will give the government more access and visibility into every area of life, including every financial transaction. The government asserts that most Americans are not paying their fair share of taxes. The government believes it needs access to monitor all bank accounts  to reduce the “tax gap.” Of the $80 billion allocated in the “Inflation Reduction Act” to expand the IRS, $47 billion is specifically allocated to increase audits and reduce the tax gap. A CBDC provides an easy access Trojan Horse platform for the government to spy on bank accounts and increase audit revenue.

The current test doesn’t have many immediate ramifications but powerfully reveals the longer-term direction of politics and the economy. Most people investing in precious metals are planning for the long term and thinking about where to allocate assets when the CBDC is released. Financial advisors recommend allocating 5-20% of a portfolio to precious metals. Inevitably, some people will think they have time before the CBDC is released and procrastinate protecting their finances with metals. I strongly recommend against waiting or procrastinating. Take immediate action while that is still possible. Precious metal inventories are incredibly tight, and premiums are getting higher daily. Also, central banks are taking record delivery of physical gold.  My distinguished colleague, Bill Slack, said something perfect, “Banks generally know stuff and try to get out ahead of everyone else.” The depth, wisdom, and simplicity of his statement are brilliant.

Consider this chart and ask yourself a few questions. What price direction do bankers believe gold will move if they want to buy so much now? How quickly do banks think the price will increase? Why did banks buy more than double the physical gold purchased in quarter two? The central banks are going all-in on gold even as they race to make CBDCs. Why? What do they know?

The banks aren’t waiting. Why are you?

Get Our Free
Investor's Guide

About the Author: Ryan Watkins

Get Our Free
Investor's Guide

Four-star General Predicts U.S. At War With China in 2025
On January 27, Four-Star General Michael A. Minihan, sent a memo giving orders to prepare for war with China within the next two...
Read more

Will 2023 Be Silver’s Breakout Year? (Opinion Editorial)
Silver has been in the mainstream news. Experts predict silver could go to $30 this...
Read more